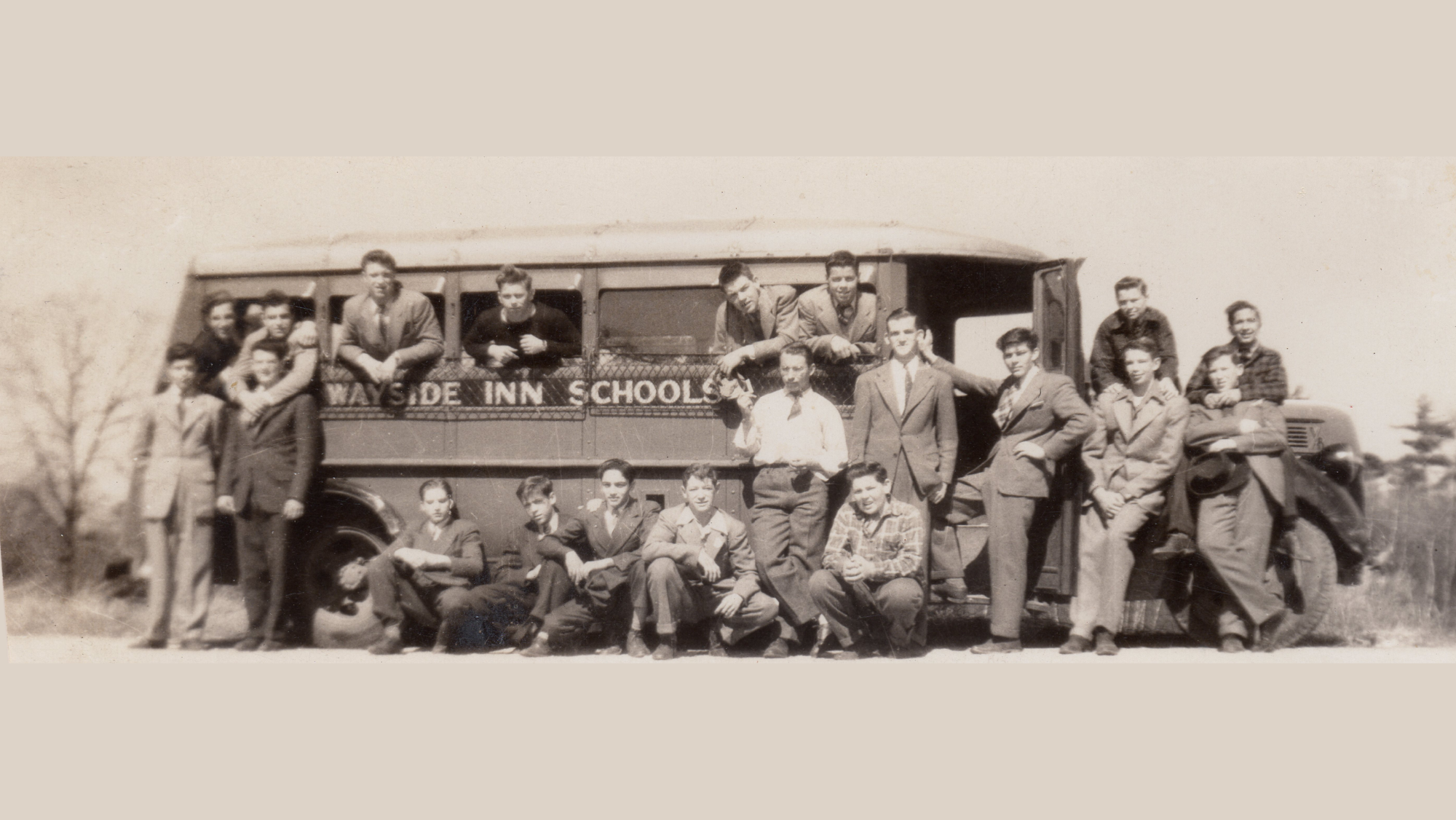 Tales of a Wayside School

Soon after he bought the Wayside Inn in 1923, Henry Ford announced his plans to start a boys’ school on the site. Learn more about the history of the school and share your own memories of the Wayside Inn School for Boys as Northeastern University Professor Michael McCluskey discusses his research about the school, Henry Ford, and education. Through photographs, home movies, and accounts from the boys themselves, you’ll hear how the Wayside Inn School for Boys was a precursor to today’s emphasis on STEM subjects as well as an integral part of Ford’s project to make Sudbury an innovation center.

Speaker Bio: Michael McCluskey’s research looks at the technological changes of the 1920s and ’30s through studies of the film and literature of the period. He is particularly interested in the intersection of the history of technology and the history of education and uses documentary, educational, and amateur film to examine the integration of new technologies and the emergence of our own networked world.

His teaching draws on his interests in technology and design and includes literature and film from the early twentieth century to today, archival sources, recent work in media studies and critical access studies, and collaborations with the Huskiana Press and local institutions.

Before coming to Northeastern, he was a Lecturer in the CAS Writing Program at Boston University, Lecturer in English at the University of York (UK), and a Fellow at metaLAB (at) Harvard. He is co-editor of Rural Modernity in Britain (Edinburgh University Press, 2018) and co-editor of Aviation in the Literature and Culture of Interwar Britain (Palgrave, 2020). He is currently working on a co-edited collection on infrastructure and a monograph on 1930s documentary film.