One Autumn night, in Sudbury town,
Across the meadows bare and brown,
The windows of the wayside inn
Gleamed red with fire-light through the leaves
Of woodbine, hanging from the eaves
Their crimson curtains rent and thin.
As ancient is this hostelry
As any in the land may be,
Built in the old Colonial day,
When men lived in a grander way,
With ampler hospitality;
A kind of old Hobgoblin Hall,
Now somewhat fallen to decay,
With weather-stains upon the wall,
And stairways worn, and crazy doors,
And creaking and uneven floors,
And chimneys huge, and tiled and tall.

Henry Wadsworth Longfellow,
from Tales of a Wayside Inn

With over 300 years of history to explore, Longfellow’s Wayside Inn is the oldest operating inn on one of the oldest commissioned roads in the United States. The Wayside Inn Historic District was designated a Local Historic District in 1967, a Massachusetts Historic Landmark in 1970, and a National Register District in 1973. For more than three centuries, the Inn has provided the setting for historic meetings and gatherings, the stories of which have been handed down from innkeeper to innkeeper and from neighbors to guests, from one generation to the next.

If you have come into a possession of an item that may have a connection with our past, please let us know. The Wayside Inn has launched an Amnesty Program to collect items that may have been secretly "checked out." Find more information about this program here

But first the Landlord will I trace;
Grave in his aspect and attire;
A man of ancient pedigree,
A Justice of the Peace was he,
Known in all Sudbury as "The Squire."
Proud was he of his name and race,
Of old Sir William and Sir Hugh,
And in the parlor, full in view,
His coat-of-arms, well framed and glazed,
Upon the wall in colors blazed;
He beareth gules upon his shield,
A chevron argent in the field,
With three wolf's heads, and for the crest
A Wyvern part-per-pale addressed
Upon a helmet barred; below
The scroll reads, "By the name of Howe."
And over this, no longer bright,
Though glimmering with a latent light,
Was hung the sword his grandsire bore
In the rebellious days of yore,
Down there at Concord in the fight.
‍

Henry Wadsworth Longfellow,
from Tales of a Wayside Inn
In 1716, David How began what was then called a "hous of entertainment" along the Old Boston Post Road in Sudbury, one of the first mail routes in the country (operating since 1673). Known as How's Tavern, the establishment was an expansion of How’s own private home, built around 1702 on land gifted to him as the eldest of 13 children by his father, Samuel How, who had purchased the land in 1676. Interestingly, David was continuing then an already established family innkeeping tradition. His father, Samuel How, and his grandfather, John How, were both innkeepers in Marlborough as early as 1661 according to written records. For David, his business thrived by way of the busy stagecoach traffic to and from the cities of Boston, Worcester, and New York along the Old Boston Post Road, which at the time, ran immediately in front of the Inn (our present front driveway). In 1746, David How passed the family business to his son, Ezekiel, a Lieutenant Colonel who led the Sudbury Minute and Militia to Concord  at the beginning of the Revolutionary War on April 19, 1775. Each generation expanded the building as business thrived, with additions and renovations. The Inn’s prosperity continued as Ezekiel passed the tavern business to his son, Adam, in 1796, who in turn handed it down to his son, Lyman, in 1830. During Adam's time as innkeeper, an "e" was added to the How family name ("Howe"). When Adam's son Lyman died in 1861, having never married, the Inn was inherited by relatives who ceased formal operation for short overnight accommodation, but continued renting out the hall for dances, and rooms for lengthier stays.

Below is a copy of the original 1716 license to operate.

The How Family Timeline

1661
John How, one the first settlers in the Massachusetts Bay Colony, and son of John How of Warwickshire, England, is granted a license for a house of public entertainment (“pub”) in Marlborough, beginning a multi-generation tradition of How family innkeepers. His son Samuel, among other professions, continues the inn-keeping business in Marlborough.
‍
‍1700
One of Samuel How’s sons, David, marries Hepzibah Death on Christmas Day.
‍
‍1702
Samuel How deeds to his son, David, Lot #50 of the Sudbury New Land Grant, for him to build a home for his new family. A map of the land, dated 1702, depicts it without any dwellings.

‍1707
The first written record of a building on Lot #50, a map dated 1707, shows one small dwelling; David How’s first homestead (today represented by the Old Bar and the chamber above). The “summer beam” in today’s Old Bar is original to How’s first home.
‍
‍1716
Four Sudbury selectmen petition the “Court of the Sessions at Concord” and grant David How permission to “keep a hous of entertainment for travelers.” It is theorized at this time that David How doubled the size of his original two-room home.
‍
‍1748
First year Ezekiel How (son of David) listed as the holder of the inn-keeping license. An undated document shows that Ezekiel charged “Lodging 4 pence each; A good dinner 20 pence; Common dinner 12 pence; Best Supper and Breakfast 15 pence each.”

1775
On April 19th, Lieutenant Colonel Ezekiel How leads the Sudbury Company of Militia and Minute to Concord to confront British regulars in the first military engagement of the American Revolution.

General George Washington passes How’s Tavern as he rides to Cambridge to take command of the Continental forces (a tablet in front of the Inn attests to his passing the tavern).

‍1784
The Marquis de Lafayette, on his third visit to America, travels the Boston Post Road on his way from Albany to Boston.

‍1785
Lumber receipts indicate that the “New Kitchen and chamber above” were added to the Inn (today’s Tap Room and Ballroom above).

‍1789
George Washington again passes How’s Tavern. His diary mentions stops in Marlborough and an overnight stay at a tavern in Weston.

‍1796
Ezekiel How dies at age 76, and son Adam takes over as innkeeper. Adam attaches a small barn to the east, converting it to a large kitchen with chambers above (the Old Kitchen and rooms 9 and 10 above).

‍1824-1826
Lafayette again passes How’s Tavern as he travels the Boston Post Road and makes his final tour of the US.

‍1828
Abolitionist writer (and author of Over the River and Through the Woods) Lydia Maria Francis-Child visits How's Tavern, and later recalls “The dinner was plain and old fashioned, like all else around us, but everything was delicious.”

1830
Tradition states Lyman How begins his tenure as innkeeper.

‍1835
Adeline Lunt, wife of Boston editor and journalist George Lunt, visits the Inn and later recounts “[The How(e) family] were indeed a pleasing representative of old fashioned New England respectability and prosperity in its best sense combined with domestic happiness and virtue.”

‍1842
Jerusha Howe, the "Belle of Sudbury" and daughter of Adam Howe and sister of Lyman, who is said to have entertained visitors by playing the pianoforte in the Parlor, dies unmarried at age 45.

‍1861
The last of the How innkeepers, Lyman, dies at age 60 having never married and the Inn passes to relatives who no longer wish to operate the tavern. In November of that year, an auction was held to settle Lyman’s debts, totaling over $6,600––many Howe heirlooms were purchased. 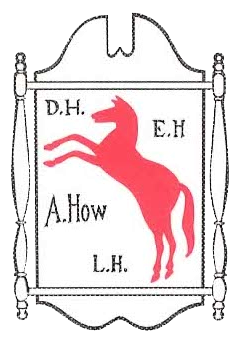 From its origins, the Inn was known alternatively as How's Tavern or (in reference to the signage) The Red Horse Tavern. Henry Wadsworth Longfellow visited the Howe Tavern in 1862. Inspired by stories of Howe family hospitality shared with him by his colleagues and friends, Daniel Treadwell, Luigi Monti, HenryWales, and Thomas W. Parsons, all of whom were regular summer residents of Howe’s Tavern; and the coziness of the Inn’s atmosphere and pastoral landscape, Longfellow wrote a series of poems focused on a group of fictitious characters that regularly gathered at the old Sudbury tavern. The poems were published in 1863 as the Tales of a Wayside Inn. Innkeeper Lyman Howe was the inspiration for The Landlord's Tale, more widely known as The Midnight Ride of Paul Revere. The Tales of a WaysideInn brought the Inn to a level of national significance. 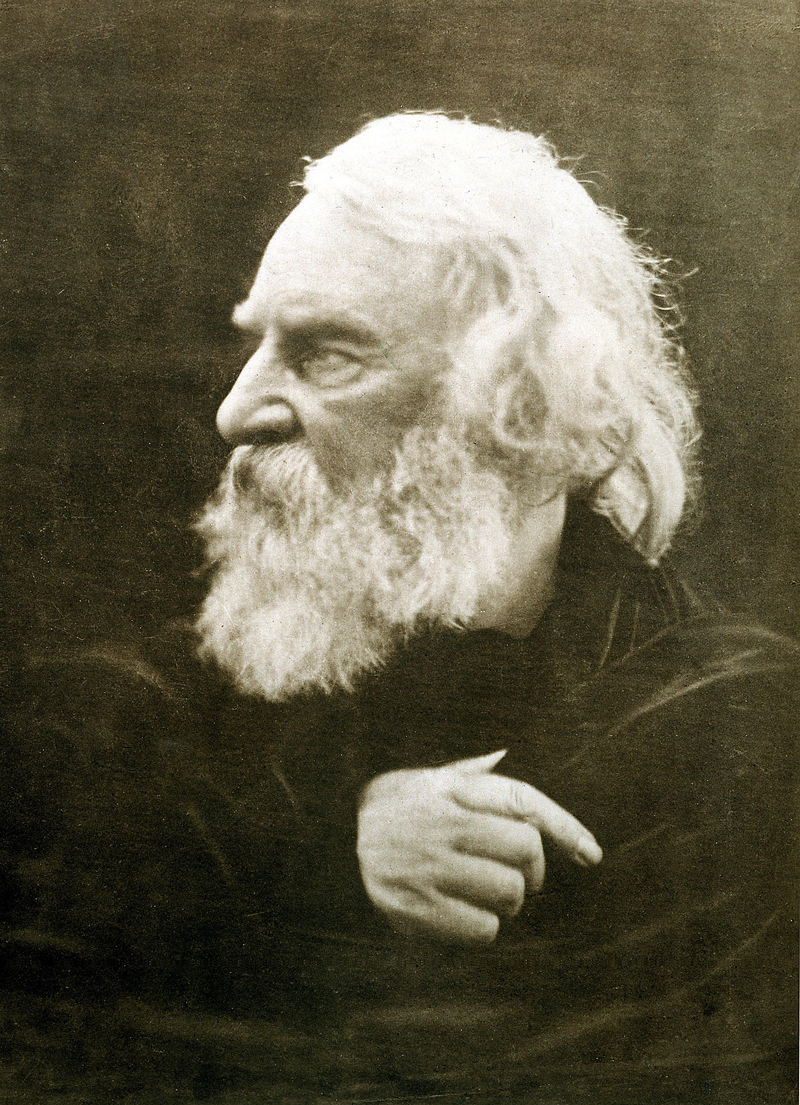 Capitalizing on the Longfellow connection, Edward Rivers Lemon, a Sawyer Woolen Mills merchant and antiques collector, purchased the Inn in 1897, renamed it “Longfellow’s Wayside Inn.”Lemon wanted to operate the inn as“a retreat for literary pilgrims” and as a mecca for artists, including members of the Paint and Clay Club (a group of artist, poets, and writers). Longfellow's "Prelude" to the Tales connotes an appreciation for a vanishing countryside and a disappearing way of life, which echoed the sentiments conveyed by painters of the Hudson River School and this, in turn, inspired many well-known and established artists to paint its rural landscape.
Listen my children and you shall hear:
Of the midnight ride of Paul Revere,
On the eighteenth of April, in Seventy-five;
Hardly a man is now alive
Who remembers that famous day and year.
‍
Henry Wadsworth Longfellow, from Tales of a Wayside Inn

With Henry Ford,
a Foundation is Laid.

‍In 1923, automobile manufacturer Henry Ford bought the Inn from Cora Lemon, Edward’s widow. Ford used his vast resources to acquire acreage, buildings, and antiquities. With the intention of creating a living museum of Americana, he expanded the property to almost 3,000 acres in the towns of Sudbury, Marlborouigh, and Framingham. He added buildings to the property including the one-room Redstone Schoolhouse (relocated to the property in 1925), a fully functioning Grist Mill (built in 1929), and the Martha-Mary Chapel (built in 1940 from trees felled in the historic Hurricane of 1938). From 1928–1947, Ford operated the Wayside Inn School for Boys, a trade school that prepared indigent boys for potential employment in Ford’s factories. In 1944, a few years before his death in 1947, Henry and Clara Ford placed the central 100+acre parcel and nine buildings into a non-profit organization to preserve the Inn’s historic legacy. Henry Ford was the last private owner of the Inn

From 1944 to 1957, the Inn was governed by a Board of Trustees made up of Ford family members and their associates. In 1957, they transitioned governance to the National Trust for Historic Preservation.

‍In 1960, Boston-based trustees assumed responsibility for the Inn, with no further involvement or support from the Ford family, the Ford Foundation, or the National Trust. With no endowment for ongoing maintenance, the Inn had to become successfully self-sustaining in a short period of time. Since 1960, the Inn’s success is due to the dedication of local trustees committed to historic preservation of the buildings and property and to Innkeepers with sound hotel and restaurant management skills. To learn more about the current organization and our mission click here. 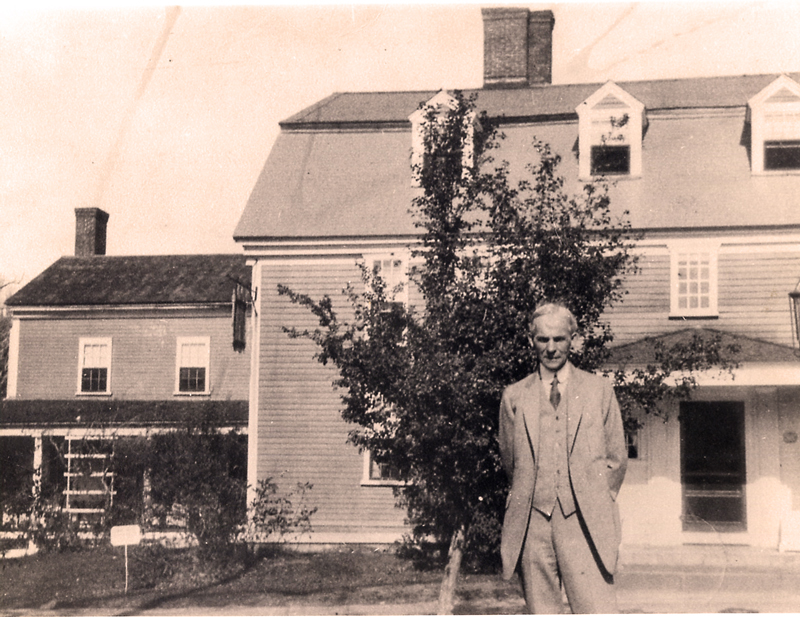 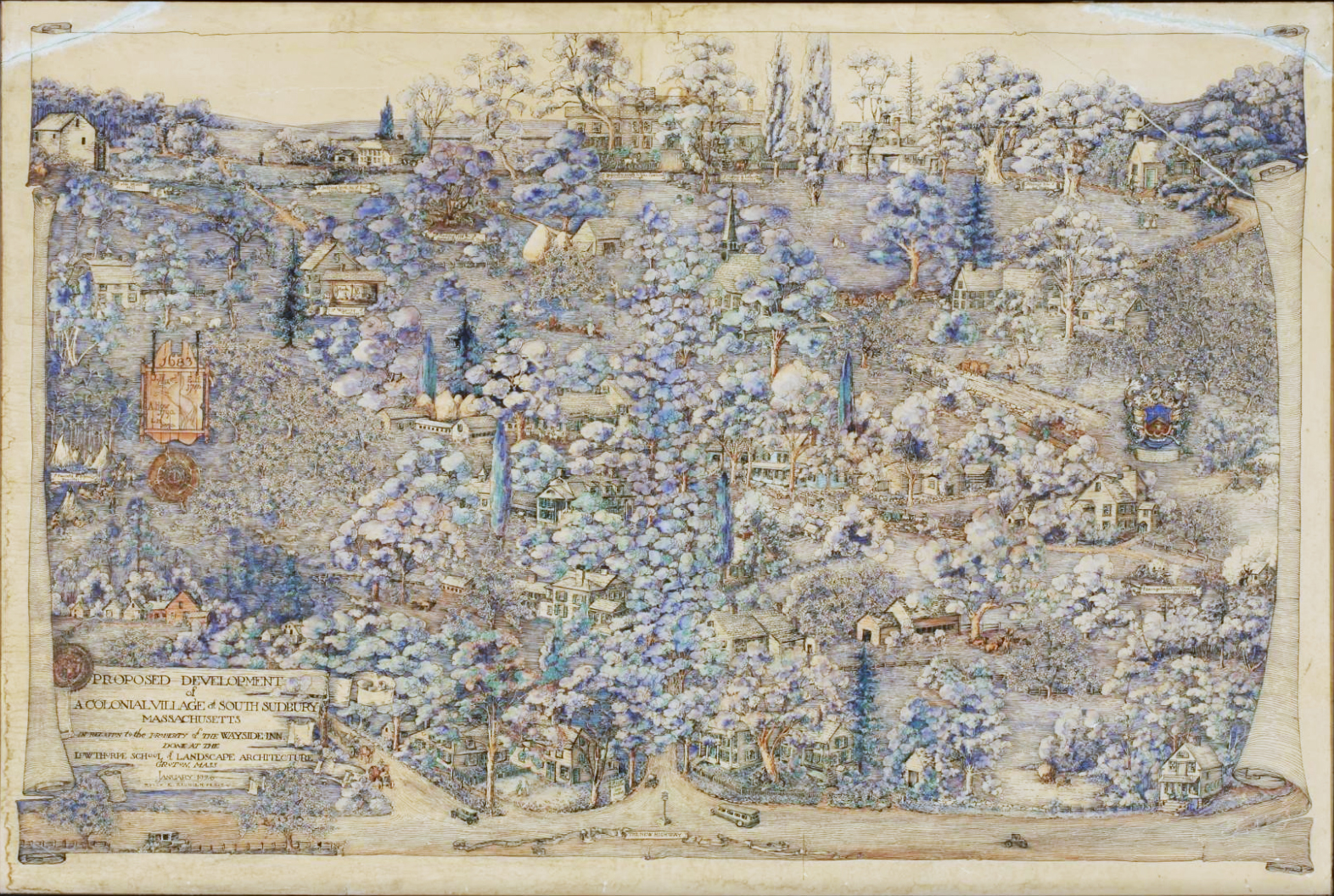 The Wayside Inn Foundation is a Massachusetts 501(c)(3) nonprofit organization responsible for the care and maintenance of over 100 acres and nine historic buildings including Longfellow's Wayside Inn.